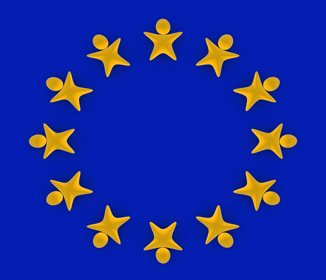 Peacekeeping is defined by the United Nations as ways to help countries torn by conflict create conditions for sustainable peace. UN peacekeepers are also known as Blue Berets, “monitor and observe peace processes in post-conflict areas and assist ex-combatants in implementing the peace agreements they may have signed.” UN peacekeepers will provide assistance in the form of confidence building measures, power sharing arrangements, electoral support, strengthening the rule of law, and economic and social development. Blue berets consist of soldiers, civilian police officers, and other civilian personnel. The United Nations Charter gives the Security Council the power and responsibility to take action to maintain international peace and security, therefore if UN peacekeepers are sent anywhere; it will be at the request of the Security Council.

UN peacekeepers are mostly sent to operations that have already been developed and implemented by the organization itself, and the troops serve under the UN. Peacekeepers should not be confused with soldiers, as their primary role is not to fight. Blue Berets help facilitate the peace process after it has already been established. Though UN peacekeepers are now armed, it was not the case initially which as a great deal to do with their duties and the nature of their work.
Since the conception of the United Nations in 1948, approximately 130 nations have contributed military and civilian police personnel to peace operations. As of March 2007, the ten largest contributors of UN peacekeepers are Pakistan, Bangladesh, India, Nepal, Jordan, Uruguay, Italy, Ghana, Nigeria, and France. In Africa, the Blue Berets have been sent to places such as Rwanda during their civil war which was in reality a genocide, Somalia during their civil war, and Sierra Leone during their civil war. In the Americas, UN peacekeepers have helped maintain peace in Central America during the Nicaraguan Civil War and Haiti on several occasions. Blue Berets were sent to Haiti in 1991 during a coup and military rule as well as for stabilizing Haiti’s new democracy and later on to train their police. In Asia, UN peacekeepers were sent in the late 1980s during the Soviet invasion of Afghanistan, and most recently between years 2002-2005 to East Timor due to Indonesian invasion and occupation. In Europe, there were plenty of Blue Berets sent to the Balkan States such as the former Yugoslavia and Bosnia in the 1990s. Also in the 1990s, Blue Berets helped maintain peacekeeping operations in Croatia after they had gone through a war. UN peacekeepers were also sent to the Middle East on various occasions such as during the Gulf War and the Iran-Iraq war. Currently the Blue Berets are facilitating peace keeping operations in Sudan, Liberia, Haiti, Cyprus, East Timor, and Lebanon.

While many doubt the success of UN peacekeepers, it is important to keep in mind that they are not there to wage a war and come out victorious. Blue Berets are sent to certain locations where the political climate is still somewhat volatile and they are there to further the peacekeeping process. There are international conflicts that need attention of this nature; Blue Berets are unbiased peacekeepers and are a necessity in certain parts of the world.